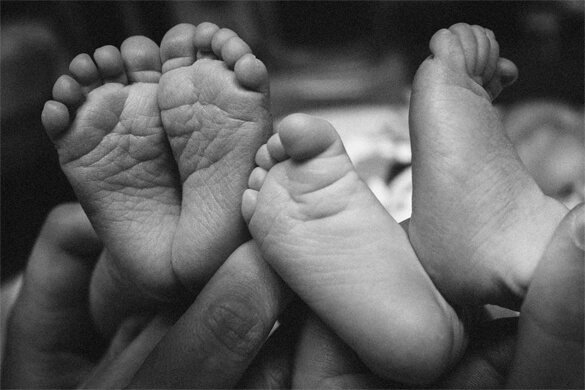 Chances are you know at least one person that has the same birthday as you.

But did you know that not everyone who is born at the same time will end up with the same birthday?

In fact, it’s common for people who were born at the same exact time to end up with different birth dates being written on their birth certificates. It happens all the time!

How does this happen, you ask?

Well, it all comes down to time zones…

Even though they were actually born at the same time, the baby born in Australia will always be one day younger than the one that was born in the U.S.

And now, for an even stranger situation…

It also possible for a set of twins to be born minutes apart from the same mother, but end up having different birthdays!

That would mean those twins were officially born on two different days even though they made their grand entrances into the world a mere six minutes apart!

While the hospitals in some places are allowed to fudge a bit and assign twins born just minutes apart the same “official” birthday even if they were technically born on different days, in other places they are not.

And finally, on a related note, did you know there are rare occasions when twins are actually born several months apart?

Case in point: In 1996 a mother in Baltimore, Maryland gave birth to twins that were born 90 days apart.

As you can see, time zones, the ticking of the clock and special circumstances can sometimes throw things out of whack!

Want to learn more about time zones? Check out this short, but very interesting video…

Note: You can watch the video at full screen by clicking the little “square” icon in the lower-right corner of the video after it begins playing.