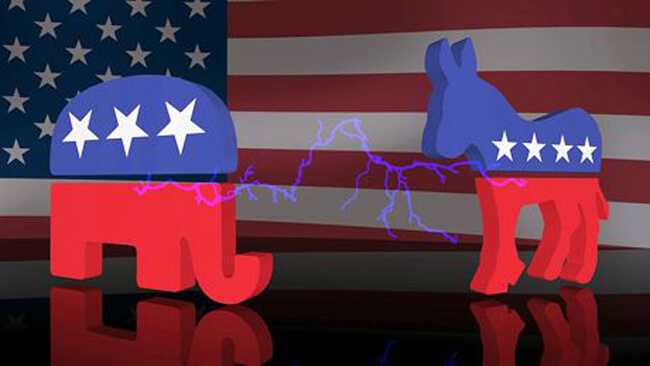 Most Americans are familiar with the role the Electoral College plays in electing our President, but I’m guessing few realize just how many states a candidate could lose and still win a 4-year all-expenses-paid stay in the White House.

Truth be told, the answer might shock you. Read on and you’ll see why.

Below I have ranked all 50 states plus the District of Columbia in order of the lowest number of electoral votes to the highest:

We know it takes a minimum of 270 electoral votes to win the Presidency, so let’s do a little math…

If you start at the top of the list and add up the number of electoral votes each state (plus D.C) has until you get to 270, we end up with 262 total electoral votes when we get down to Virginia, which is the 40th state in the list (including D.C. of course).

That means if someone wins all the states down the list from the District of Columbia to Virginia it would only take one more state to surpass 270 electoral votes and win the Presidency.

Note: Even though it isn’t a state, the District of Columbia is considered to be a state for this calculation because its three electoral votes count toward the 270 needed to win the Presidency.

Therefore, the exact maximum number of states (including D.C.) that a Presidential candidate can win but still lose the election is 40.

If that candidate were to win just one more state that would put him/her over the 270 electoral vote threshold and make him/her the winner of the election.

Now, just for kicks, let’s see how few states a candidate can win and still win the election…

If we start at the bottom with California (the state with the most electoral votes) and work our way up towards the top, we reach the magic number of 270 electoral votes when we get to New Jersey, which is the 11th state from the bottom.

Therefore, a candidate could potentially become President of the United States by winning just 11 states.

Or put another way, that same candidate could lose 39 states (plus the District of Columbia) and still win the election!

To finish up, here’s a really good short video that explains more about how the Electoral College works. As you’ll see, the video is a little outdated but the details it provides are right on the money. Check it out!