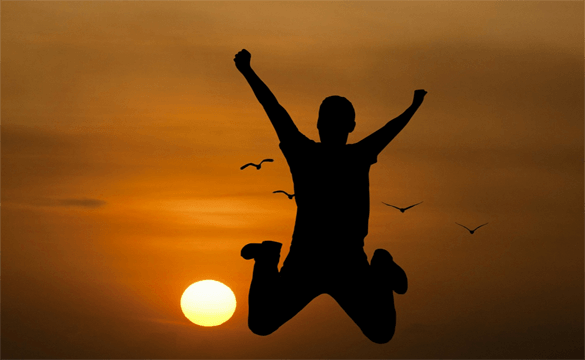 “There’s no blueprint for how to be successful. Everyone’s path is unique because meaningful success is something different to everyone.”
–Lyn Christian

Do you have a friend, a relative or a neighbor who seems to have reached the absolute pinnacle of success?

But guess what? In that person’s mind they might not be successful at all. At least not yet.

Do you know someone else who seems just the opposite? Someone who goes to work every day doing the same repetitive job, day in and day out, apparently earning just enough money to barely get by?

Although it might not seem that way to others, that person might well believe they have found success beyond their wildest dreams.

Maybe they just love their job. Or maybe their primary goal in life is helping people, even though the things they can do to help don’t pay all that well.

Success isn’t an absolute. Everyone has their own definition of what success means to them.

What one person would consider success could be considered abject failure in someone else’s mind, and vice versa.

A “successful” business owner who earns millions of dollars a year might feel like a failure inside because she failed to achieve her dream of owning a nationwide chain.

Your local Congressman who’s currently serving his 18th term in the U.S. House of Representatives might well feel like a failure because he knows in his heart that he’ll never achieve his life-long dream of becoming President of the United States.

And the opposite is true as well. Just because someone is living a “normal life” that doesn’t mean they aren’t successful.

Once a person manages to meet their life goals and accomplish everything they have ever wanted to accomplish, their life can be considered a success, regardless of how low or how high they had set their own personal bar.

The height of the bar was theirs to decide, and no one else’s.

I said all of the above to say this…

Your success or failure in life isn’t determined – and shouldn’t be judged – by someone else.

Your goals and dreams are your own, not your neighbor’s. Set your goals and define your dreams, then do your very best to achieve them.

Be ambitious, but realistic and all should end well.

Once you’ve accomplished everything you’ve ever wanted to accomplish (i.e. once you’ve successfully made it across YOUR bar), you’ll be able to consider yourself to be a success. And you’ll be right.

And finally, I’ll leave you with this…

Success and failure has nothing to do with money. It’s all about setting goals and developing a plan to achieve them.

The man in the short video below explains this quite well. Watch, and enjoy.