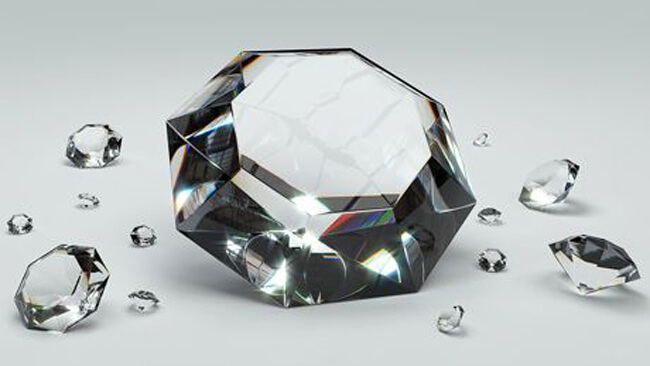 But guess what? Diamonds aren’t really rare at all.

Truth be told, that’s just a carefully-crafted myth designed to keep both the desire to acquire them and the prices we have to pay for them as high as possible.

In fact, according to the International Gem Society, diamonds are among the most abundant gemstones on earth!

These “rare” gems are actually mined in large quantities and then sold to jewelry manufacturers who take the rough diamonds and process them into rings, necklaces, bracelets and other forms of jewelry for sale to the masses.

By now you’re probably wondering why diamonds are considered rare if there’s so many of them in existence?

The answer to that question can be summed up with one very simple phrase: The De Beers Corporation.

This South African company controlled the vast majority of the world’s rough diamond supply for well over a century, and even though their dominance has eroded in recent years they still control a sizable percentage of that market.

During their era of dominance in the diamond market, De Beers carefully managed the flow of diamonds into the marketplace in order to prop up the belief that diamonds are indeed rare (and hence very valuable). And they were extremely successful at it.

Although several other companies now collectively control the bulk of the diamond market, they still successfully perpetuate the myth created by De Beers that diamonds are rare.

If you want actual proof that diamonds aren’t really rare, ask yourself one question…

How many adults do you know that don’t own at least one article of diamond jewelry? I’m guessing the answer is very few.

There are literally billions of people on planet earth who own at least one diamond, and there are probably millions who own multiple pieces of diamond jewelry.

And in case you haven’t noticed, you can walk into any store in the world that sells fine jewelry and walk out a just few minutes later with a brand new diamond on your person if you’re willing and able to pay for it.

In other words, they’re pretty much everywhere.

Bottom line: The next time you see a commercial advertising these “rare” diamond gemstones you’ll know that “rarity” is nothing but a marketing gimmick.

And finally, here’s another little tidbit for you: Diamond’s don’t just exist on our own planet. In fact, it literally rains diamonds on the gas giant planets of Saturn and Jupiter!

Want to learn more about the incredibly interesting history of the diamond market? Watch this short video called “The Truth About Diamonds”:

Pretty interesting, right? Now you really do know the truth about diamonds!