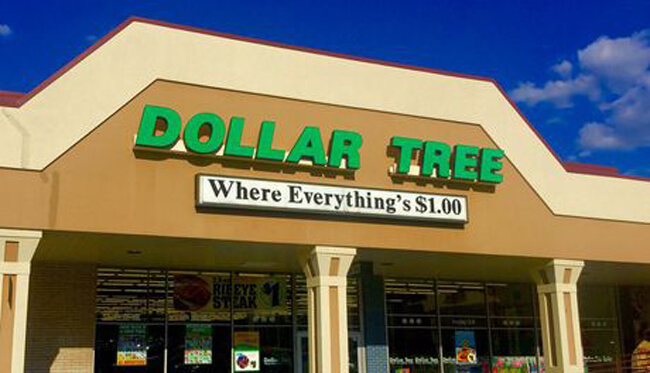 If you’re a frugal shopper you’re probably familiar with the stores that charge $1 (or less) for every item they sell.

The appeal of these “Everything’s a Dollar” type stores is obvious: No matter what you buy the most you’ll pay for it is a buck!

But are the items you buy in those stores always a true bargain?

Truth be told, the answer is no. In fact, many of the items they sell are actually more expensive than similar items sold at other stores!

For example, a while back I was in our local Dollar Tree and noticed  they were selling boxes of flavored instant oatmeal for $1 (go figure).

I’m used to paying $1.89 for the store brand of instant oatmeal at my favorite grocery store so I picked up several of the $1 boxes and placed them in my buggy.

While I was waiting in line to check out I happened to look down and noticed that there were only six packets of oatmeal in each box.

Since there are 12 packets in the boxes the grocery store sells for $1.89 that means I’d have to pay more to get the same amount of oatmeal at the Dollar Tree.

Of course I would only save 11 cents by buying a box of oatmeal at the grocery store instead of the Dollar Tree, but what if I purchased a buggy full of items and half of them cost a few cents more than similar items cost at a different store?

Those seemingly trivial 11 cent over-payments can really add up over time, especially if you do a lot of your shopping at the Dollar Tree.

Intrigued by the situation with the oatmeal, the next time I was in there I started checking out other types of items that I use (and buy) on a regular basis.

I found the same portion games being played on multiple items such as shampoo, cereal, soft drinks and even toothpaste.

And I’m sure I would have found a bunch more if I had taken the time to look for them.

This is why it’s so important to pay attention to unit prices and package quantities if you’re a frugal shopper who’s really interested in getting the best value for your shopping dollars.

By the way, I didn’t write this post with the intention of beating up on the Dollar Tree and the other “Everything’s a Dollar” type stores out there.

Truth be told, I really like them and I still shop at them on occasion because they really do have a lot of great deals, especially on overstock and discontinued items that they’ve purchased from the manufacturers at steep discounts.

There are also some items that I use “once in a blue moon” so it just makes sense to buy the smallest package I can find. After all, $1.00 is still less than $1.89 even though the unit price is higher.

And one more thing…Shopping at the Dollar Tree so convenient!

Bottom line: Shopping at the Dollar Tree is perfectly fine. Just be aware that many of those $1 food items, toiletries and such will actually cost you more per unit than what you’d pay somewhere else.

Bonus tip: The short video I’ve shared below discloses 10 shopping secrets Dollar Tree doesn’t want you to know about. Check it out!