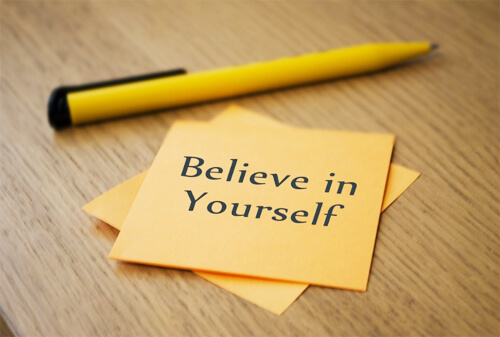 Do you ever sit and wonder whether you’re capable of doing something you really want to do?

If so, the answer you probably come up with is no.

I once had a co-worker who passed up an opportunity for a big promotion because he was afraid he’d end up losing his job if he wasn’t up to the task.

What eventually happened was the fellow that accepted the job my friend passed up ended up being my friend’s boss.

And guess what? My friend ended up doing most of the actual work he would have been doing had he accepted the promotion.

His new boss? Well, he delegated most of his responsibilities to my friend.

In other words, my friend ended up doing the bulk of the work required of the holder of the higher position, but the other guy received the increased pay and status within the company.

Truth be told, many of our “limitations” are self-inflicted due to the simple fact that we have less faith in our own abilities than the people around us who have witnessed our work (and work ethic) through the lens of their own eyes.

Bottom line: Whether its aiming for a promotion at work, wanting to do our own auto repairs or most anything else in life, if we believe in ourselves we can probably handle the task if given the opportunity.

Yes, some jobs require special training or a certain level of education.

And some activities require a certain level of physical fitness and natural talent.

But guess what? Training and education are available to most anyone that wants it these days.

And we can all improve our fitness levels and hone our talents by working out and practicing the tasks performed during the activities we want to participate in.

Having the desire to succeed and the faith in oneself to be able to achieve it are powerful forces when they are allowed to work together.

And now, to finish up, do you remember what I said above about most anyone being able to further their education?

As they say… “You are never too old to learn.”