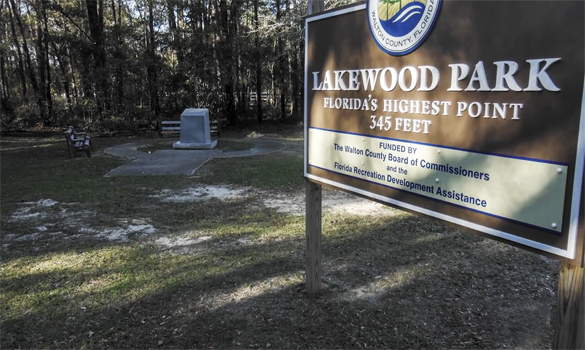 In terms of land area, Florida is a pretty large state.

In fact, at 65,758 square miles, the Sunhine State is actually larger than over half of the other 49 US states.

But truth be told, as large as it is, the entire land mass of Florida is just barely sticking its “head” above the waters of the Atlantic Ocean and the Gulf of Mexico.

Yes, I know that’s an exaggeration, but just just barely. Consider this…

That means if were to go to Florida’s highest point and dig straight down just a little more than the length of a football field, when you reached the bottom you’d be standing at sea level!

Although Florida ranks #22 out of 50 in land area, it would actually be the “thinnest” state if you were to somehow view them all edge-on.

To finish up, here’s a very short, but somewhat humorous video that does a pretty good job at putting Florida’s highest “peak” into perspective.