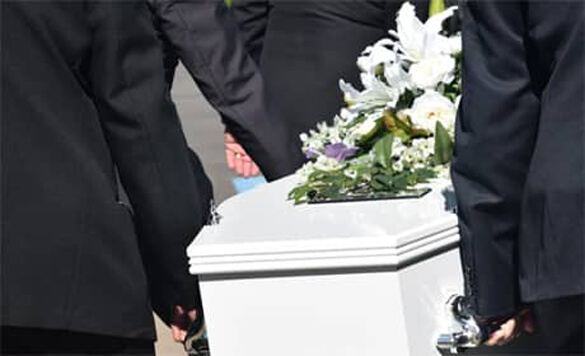 If you know anyone who lives in Longyearbyen (on the Norwegian island of Svalbard) you might want to tell them not to do anything too dangerous because, well…it’s illegal to die there.

Yes, you read that right. It’s been illegal to die in Longyearbyen for well over half a century.

Ever since 1950 it’s been illegal to shake off your mortal coil there.

But don’t worry, they had a good reason for making it against the law to die in Longyearbyen: It poses a risk to the public health.

As the world’s northernmost town, Longyearbyen is so far north that the permafrost prevents the dead bodies that are buried there from decomposing.

I know that really doesn’t sound all that bad, but the failure of bodies to decompose poses a very severe problem…

If a virus (or some other type of organic nasty) is what killed someone, the virus doesn’t decompose either.

That means the cemetery in Longyearbyen has bodies buried within it that are still inhabited by live viruses – including the Spanish Flu virus that killed millions of people world-wide in 1918.

For that reason, they made it illegal die in Longyearbyen.

If the powers-that-be hear that you’re about to pass away they’ll make every attempt to whisk you away so you’ll die somewhere else (usually somewhere on the Norwegian mainland).

Luckily, there’s actually no punishment imposed should you happen to die in Longyearbyen. What are they gonna do, give you the death penalty?

Truth be told, that “law” isn’t really a law at all since there’s no real way to enforce it.

However, it’s very true that people who are about to die there are quickly shipped off so they will die someplace else!

To finish up, here’s a fascinating short video showing what it’s like to live in the northernmost town on planet Earth. Check it out!


Sources: The Daily Mail and Ripley’s.