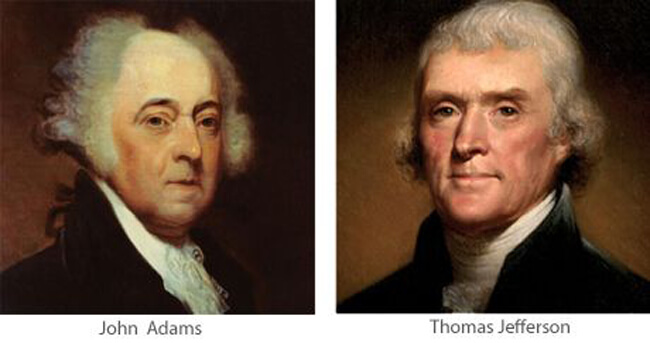 If you’re a student of American History you’re well aware of how Presidents John Adams and Thomas Jefferson helped create our wonderful nation and set it on the path to freedom.

After helping form the new country known as the United States of America, Adams and Jefferson both went on to serve as its president.

The influences these great men had on American life and traditions are still evident today.

Both Adams and Jefferson lived long and consequential lives, but the date of their deaths is quite intriguing in its own right…

They died on the same day: July 4, 1826 – exactly 50 years to the day after the Second Continental Congress adopted the Declaration of Independence on July 4, 1776!

Some things just happen out of coincidence. Others happen for a reason. I’ll leave it to you to decide which was the case here.

And finally, speaking of the Declaration of Independence, here’s a short, but very interesting video about it’s significance. Check it out!