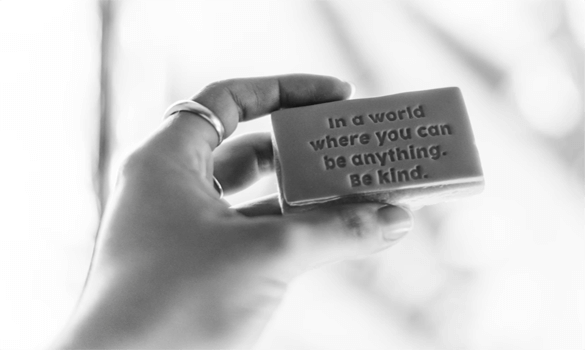 “Be kind, everyone you meet is fighting a hard battle.“
–John Watson (pen name: Ian Maclaren)

I have read this quote many times over the years and it always makes me pause and think.

Every human being on planet Earth is fighting some type of battle.

Another person’s battle might not be apparent to a casual observer, but to them it’s very real.

Like everyone else, I have my own challenges to struggle with. And at times they can take a heavy toll.

But the challenge the next person who cuts me off in traffic is struggling with could well be much more difficult than my own.

It’s human nature to get upset when someone says or does something out of line, and I’ll admit that I find it hard to just brush some things off and move on with a smile.

I don’t always succeed, but I try.

I believe a little compassion and understanding can go a long way towards making the world a better place.

The next time someone cuts me off in traffic or jumps to the head of my line at the grocery store checkout, I hope I’ll be able to defer to whatever battle that person might be fighting on that day.

Are those things rude and inconsiderate? Of course.

Do they upset me? I’d be lying if I said they don’t.

But what if that person is running late for an appointment with their cancer doctor and they’re expecting to receive a report from an important test?

Or what if they just lost a dear loved one and they’re in a hurry to get to the funeral?

The thing is, rude and inconsiderate people are fighting battles too. They may well be battles of their own making, but they are battles nonetheless.

I do realize that someone else’s struggles aren’t my problem, especially if those struggles were self-inflicted. But I’ve had people show kindness and grace towards me when I’ve been rude and inconsiderate in the past. The least I can do is try to treat others the same way.

My intention isn’t to “preach” here. Like I said above, I don’t always succeed when I try to show a little grace and understanding when I feel like I’ve been wronged in some way.

But it’s always good to try…

To finish up, here’s a wonderful short video that perfectly illustrates the awesome power of kindness and compassion…

Note: You can watch the video at full screen by clicking the little “square” icon after it pops up in the lower right corner of the video window.