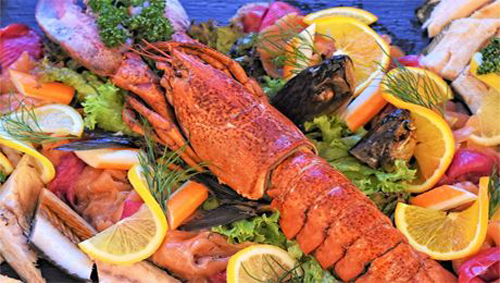 Do you crave lobster but consider it a rare treat due to its high cost?

Well, you were obviously born in the wrong century!

According to History.com and other reputable sources, when the Europeans first came to the new world lobsters were so plentiful (and therefore cheap) they were routinely fed to prisoners, apprentices, slaves and children.

The rich and powerful actually shunned lobster because it had a reputation for being “food for the poor”.

Lobsters were quite literally considered to be “the cockroach of the sea” back in those days.

Even the Native Americans of that era held lobsters in such low regard that they used them as fertilizer for their crops and bait when fishing for more desirable species of seafood.

This commonly-held low opinion of lobsters wasn’t short-lived either.

In fact, it took until the late 1800’s for those large crustaceans to start becoming popular with the well off.

But things began to change quickly after the turn of the next century due in part to the increasing difficulty people had in finding lobsters.

By the time World War II rolled around lobster had been transformed in the minds of the public from a “poor man’s food” into a delicacy – and skyrocketing prices reflected that change.

Today, lobster is typically one of the most expensive dishes on any restaurant’s menu, and most diners only order it on special occasions.

So the next time you have a hankering for a delicious lobster dinner but find that your pocketbook is running a little bare, just imagine what could have been had you been born a century or two earlier!

To finish up, here’s a fascinating short video explaining why lobsters are so expensive these days. Check it out!