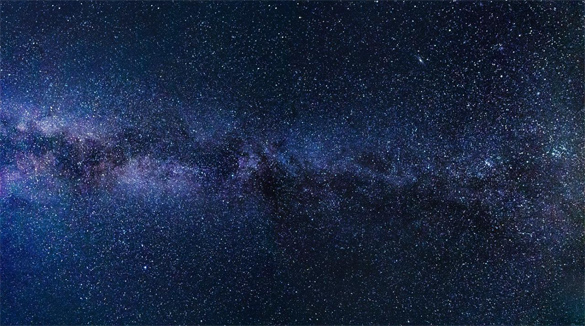 I’m sure you’ve probably heard astronomers use the term “Light-Year”, but do you know what that term actually means?

The use of the word “year” makes it sound like “light-year” would be used to measure time, but in reality it’s a measurement of distance.

So why is a word related to time used to measure distance?

Well, the answer lies in the vastness of space…

In our solar system, Earth is located roughly 93 million miles from the sun. That’s sounds like a really long distance, and in the context of the way we humans think of distances here on Earth, it is.

But here’s the thing: In the context of the vastness of space, 93 million miles is a mere stones throw.

While 25 trillion miles is a really, really, REALLY long distance, even compared to the sun’s distance of 93 million miles, even that mind-blowingly large distance is just a relative stones throw compared to the distance between Earth and celestial objects that are even farther away from us.

As you can see, using miles to measure the distances between objects in the universe simply doesn’t cut it.

The human mind simply cannot comprehend such huge numbers. That’s why astronomers use the term light-years instead of miles.

So what exactly is a light-year?

Simply put, a light-year is the distance that light travels in one year in open space – 5.88 trillion miles to be exact.

To put that distance into perspective, if you were somehow floating stationary in space at a distance of 5.88 trillion miles from the sun, it would take one year for light particles (photons) leaving the sun to reach your location – and that’s with light traveling at the mind-blowing speed of 186,000 miles per second!

And now, consider the fact that there are literally countless other stars, galaxies, planets and other types of celestial objects that are located many, many times farther from Earth that Alpha Centauri and you’ll understand why we measure celestial distances in light-years instead of miles.

And now, to really blow your mind…

As vast a distance as a light-year is, the distances between the objects that are extremely far apart at so vast that even light-years can be difficult to work with. For that reason, astronomers use other, even larger units of measure:

Bottom line:  Unlike the distances we humans deal with here on Earth, the distances between even relatively close objects in space are so far apart that the human mind simply cannot comprehend those distances when expressed in miles.

That’s why astronomers prefer to use other terms that pack enormous distances into single unit. And to make things easy, those terms are based upon how far light travels in a single year: one light-year!

To finish up, here’s a fantastic short video from NASA that puts the distance across our Milky Way galaxy into an easy-to-understand perspective. Check it out.