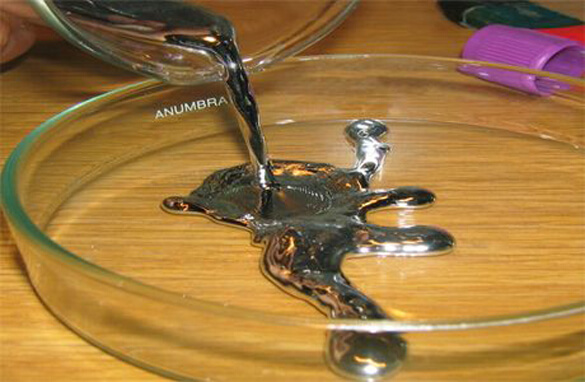 The health risks associated with the “liquid metal” mercury are well known these days, but that wasn’t always the case.

Believe it or not, mercury was actually once used over a time span of several centuries to treat a wide variety of illnesses and physical ailments.

And we’re not talking ancient history either. In fact, according to this article by the US National Library of Medicine mercury was still being used for medicinal purposes well into the 20th century!

The well intentioned (but greatly misguided) mercury-based medicinal remedies of old ranged from mercury-based pastes that were rubbed onto rashes and lesions to treat a wide range of skin conditions to concoctions that were actually ingested or injected into the human body.

Luckily, the medical world eventually became clued in to the extreme dangers of using mercury in and on the human body, prompting the abandonment of mercury for use as an elixir.

Bottom line: The modern world is still struggling to mitigate some of the harms caused by human exposure to mercury, but there was a very long period during our history when it was actually used as a magic “healer”.

To finish up, here’s a fantastic short video about this dangerous, but absolutely fascinating “liquid metal”. Check it out!