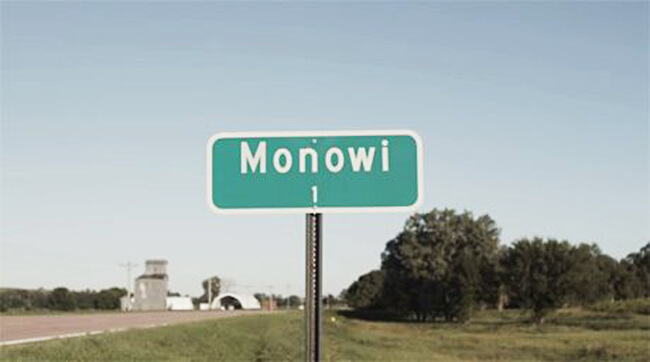 There are literally thousands of small towns in America, but not one of them is smaller than Monowi, Nebraska.

How small is Monowi, you ask?

Well, it currently has a population of one:  Elsie Eiler.

And Monowi’s population has been 1 ever since 2004 when Elsie’s husband Rudy passed away, cutting the town’s population in half.

In case you’re wondering, Monowi is actually an incorporated town, not just an unincorporated community.

Elsie is Monowi’s mayor. She’s also the town clerk, the town treasurer and the only member of the town council.

But lest you get the wrong idea, Monowi’s elections are run fair and square.

Elsie runs for the offices she holds every election cycle. She always puts out a “Vote for Elsie” sign and campaigns for votes.

By the way, even with all of Elsie’s civic responsibilities, she still manages to run Monowi’s only tavern and serve as the librarian of the town’s small 5,000 book library.

Monowi, Nebraska holds the distinction of being the only incorporated town in the United States with just one resident, making it – and Elsie – truly one of a kind!

Below you’ll find a short video about Elsie and her beloved town of Monowi. I think you’ll enjoy it!