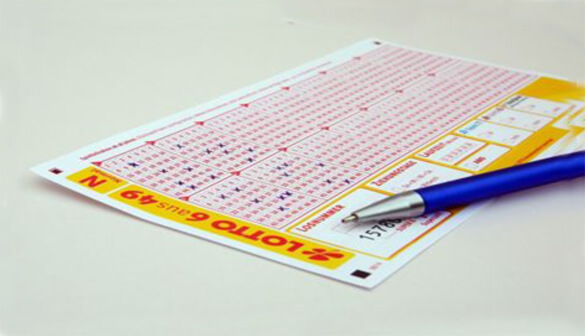 Do you play the lottery on a regular basis?

If so, you should (and probably do) know that your odds of winning the jackpot are very poor.

Truth be told, you’ll likely never win a lottery jackpot even if you buy a ticket for every jackpot for the rest of your life.

Despite the astronomical odds, some people do win the lottery. In fact, someone eventually wins every lottery game that’s played.

What’s more, there are occasionally multiple winners who end up having to share the jackpot.

But even more amazing than that is the fact that some individual winners win more than once!

A man named Richard Lustig repeatedly defied the odds and won seven times, after which he cashed in yet again by writing a book teaching others his strategy for winning lottery jackpots.

But as successful as Richard was at winning the lotteries he played, he was only half as lucky as Stefan Mandel who ended up winning 14 of them!

Most people dream of winning just one lottery jackpot, but together these two guys won 21 of them! Think about that for a moment.

But before you attempt to buck the odds and go buy a bunch of lottery tickets, I recommend that you keep in mind that Richard and Stephan are literally two out of billions.

Your odds at cashing in on a lottery jackpot are still just one in 13,983,816, and that makes playing the lottery a poor “bet” any way you look at it.

I’ll hush now and get off the Internet for a while. I have something important that I need to do. (By the way, does anyone have Stefan’s phone number? Just kidding!)

But before I go, here’s one final thought…

If you do play the lottery, I recommend that you watch the short video below just in case lightning strikes and you happen to win.