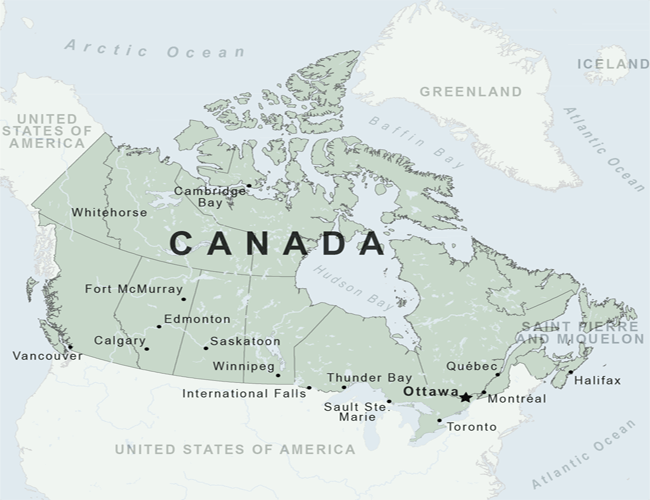 Our wonderful Canadian friends up north are blessed to live in one of the most beautiful countries in the world.

And Canada isn’t just beautiful, it’s also huge. In fact, of all the countries on planet Earth, only Russia is larger.

However, in spite of its massive size and awesome beauty, Canada has a relatively small population compared to many other countries.

To put that into perspective, with a population of about 40 million people, the U.S. state of California alone has more people living within its borders than the entire country of Canada (which has around 38 million).

There are several reasons why that is (Canada’s unique geology, geography and harsh climate in her northern regions, for example), and it’s quite a fascinating study.

Even though its land mass is truly, well…massive, about 85% of Canada’s inhabitants live within 100 miles of the American border.

And truth be told, many Canadians actually live farther south than lots of Americans!

If you ever take a notion to visit Canada and experience the beauty and wonder of the Canadian landscape, you’ll have literally millions of square miles chock full of scenic locations to choose from.

But if you simply want to visit a Canadian friend or family member, chances are you won’t have to go too far above the US/Canadian border to find them!

To finish up, here’s a fantastic short video detailing 10 incredible things about the country of Canada. Check it out!