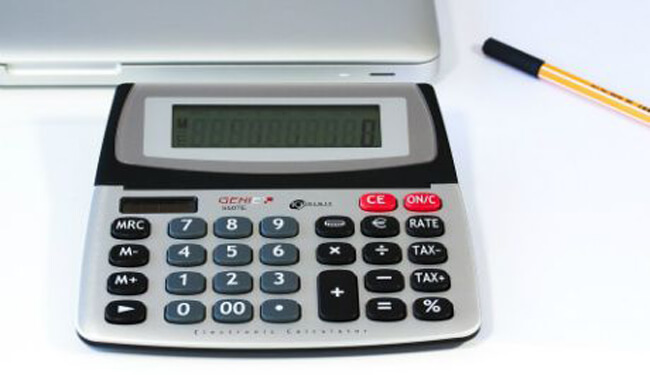 If you enjoy eating out you’re probably used to leaving a tip for good service after you’ve finished enjoying your meal.

If you happen to be one of the millions of Americans who struggle with doing math in your head, I’m going to show you a simple trick for quickly calculating the amount you’ll need to leave for a tip.

And you won’t need a calculator or a pen and paper to do it!

There is very little actual “math” involved with this trick. It’s simply a matter of moving a decimal point. Allow me to explain…

Let’s say you’re getting ready to pay for your meal and the total amount due is $26.81.

You could always use the calculator on your phone to calculate the amount of the tip. You could even pull out a pen and do the math on the back of a napkin.

But truth be told, you can easily calculate this tip in your head (and it will only take a couple of seconds)…

Look at the total amount due and move the decimal point one place the left. That’s basically the same thing as multiplying the amount due by .1 (which is equal to 10%).

In that case simply moving the decimal point one place to the left won’t help you, right?

Well, actually it will…

Simply move the decimal point one place to the left like you did earlier and then drop the extra digit from the end. That will give you the same $2.68 you ended up with before.

But guess what? You don’t even have to do the semi-complex math of doubling $2.68 in your head if you don’t want to.

In case you’re wondering, rounding is perfectly fine when calculating a tip.

Your server is unlikely to pull out a calculator and double-check your math, but even if they do they’ll be pleasantly surprised if you decided to round up instead of down!

I know you might be thinking that this method of calculating a tip sounds complicated, but it really isn’t.

It literally takes a split second to move the decimal point one digit to the left and then another second or two to round off and then double that amount to arrive at a 20% tip.

Practice this a few times and before long you’ll be able to calculate your tips in your head faster than your dinner partners can pull out their phones and open their calculator apps.

And now, a little something extra…

The heart-warming short video below shows how being kind even when it’s difficult to do so can pay off big-time in the end.