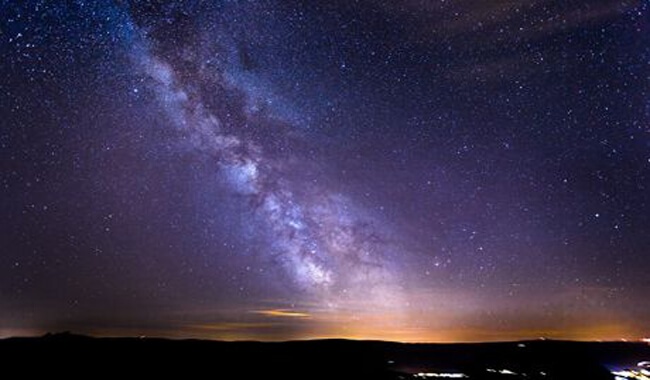 If you’ve ever had the opportunity to view the night sky out in country where there’s no light pollution you probably noticed how the stars seemed to be twinkling.

The thousands of twinkling stars that shine down from the heavens have been fascinating and mesmerizing us humans all throughout our long history.

But there’s a strange truth about those twinkling stars: They don’t really twinkle at all.

The “twinkling” we see when look up at the stars is actually caused by changes taking place in the earth’s atmosphere.

The various layers of the atmosphere have different densities and temperatures, and they are constantly moving in relation to one another.

As the atmospheric layers move around, they refract (i.e. bend) the pinpoints of starlight as they stream through the atmosphere on the way to our eyes.

This refraction effect makes the stars appear to move around ever-so-slightly and alternate between dimmer and brighter.

The constant interactions between the layers of the atmosphere cause the “twinkling” affect we see when we peer up at the stars on a dark night.

The amazing Hubble Telescope and similar “space telescopes” make it possible to study the stars in great detail because they can be viewed without the twinkling effect that makes it so difficult to study them from the earth’s surface.

Bottom line: The “twinkling” in the starlight we see in the night sky is literally nothing more than an optical illusion.

Are you fascinated by the night sky and the wonders of the universe? If so, you’ll probably love the short video featured below.