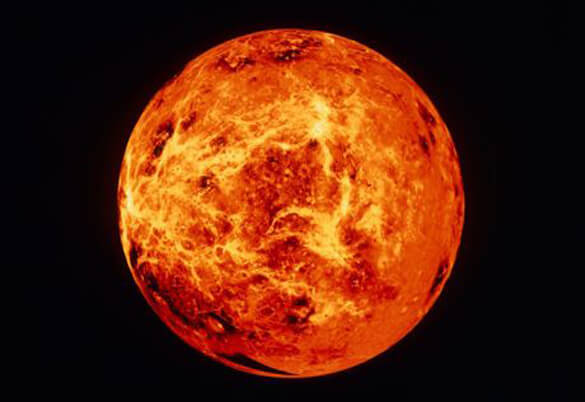 One of the first things children learn in school is how the sun always rises in the east and sets in the west.

That’s certainly true here on Earth as well as most of the other planets in our solar system.

However, that isn’t the case with the planets Venus and Uranus!

If you could somehow stand on Venus or Uranus (which would literally be impossible, for different reasons) you’d always see the sun rise in west and set in the east.

All the planets in our solar system orbit the sun in a counter-clockwise direction.

The planets Mercury, Earth, Mars, Jupiter, Saturn and Neptune also rotate on their axes in a counter-clockwise direction. That means their orbital and axial rotations are in the same direction.

This curious anomaly is referred to as retrograde rotation.

Since Venus and Uranus rotate clockwise, the sun will necessarily rise in the west and set in the east!

Now that we have that cleared up, check out this fantastic short video that explains how long it would take to travel though our solar system!