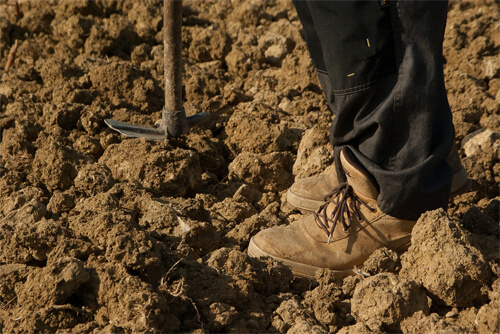 “I don’t know if you’ve ever noticed this, but first impressions are often entirely wrong.“
-–Daniel Handler

It’s human nature to form an opinion about someone we meet for the first time based solely upon our first impression of that person.

Whether it’s the way they look, the way they dress or speak, or perhaps the type of vehicle they drive, it’s so incredibly easy to form an impression about someone’s character, their educational background or their financial status.

When I was a youngster I had a really bad habit of judging people based upon the first impression that formed in my mind immediately after meeting them for the first time.

Luckily, I learned a long time ago that the first impression that forms in the human mind is just as likely to be wrong as it is to be right.

This wasn’t a revelation that came to me like a sunburst breaking through the clouds on a rainy day. It was actually the culmination of several events.

One of my early jobs was selling TVs and appliances for a national retailer, and as you might expect, many of the high-ticket items we sold were purchased on credit.

“Big Screen” TVs had hit the market not long before I started that job, and since their prices started at over $2,000 it was very unusual for someone to come in and pay cash for one.

The local finance company the store used at the time agreed to run a “12 months same as cash” deal exclusively for our customers.

That simply means if you could pay off the debt within the first year they’d waive the interest charges (it’d be just like you paid cash).

Well, the very next day in walks a fellow who was covered from head to toe in dirt. I would have believed him to be a coal miner if I hadn’t known that coal dust was black instead of light brown.

And he didn’t come in alone. He also had his wife and two little boys with him, all of whom were wearing almost as much dirt as he was.

As you can probably imagine, I formed some pretty fast “first impressions” of these folks, and based upon those first impressions I seriously doubted they’d qualify to finance the THREE 52 inch big screen TVs they wanted to buy.

Since it was company policy to allow each and every customer to fill out a credit application when requested and allow the chips to fall where they may, I handed the man the app and invited them to browse around the store while we waited for the answer from the finance company.

But instead of waiting the man said they would “go get a bite to eat” and come back after they finished their meal.

Of course their decision to leave the store reduced the already-basement level amount of confidence I had in this deal panning out to a little less than zero. And that was a huge disappointment since the commission on the sale of three big screen TVs would have been several hundred bucks.

Being young and naïve (I like those words much better than “stupid”) I added a hand-written note to the top of the app actually apologizing for having to bother the finance folks with having to even process such an obviously hopeless credit app.

By then it was my lunchtime as well so I went into the office and started eating the sandwich I had brought in that day.

After about three bites the phone began to ring. A few seconds later the co-worker that had answered the phone yelled, “It’s for you, Rick. It’s the finance company.”

I half-heartedly placed my sandwich on the desk and picked up the phone. What I heard absolutely floored me.

“Mr. [customer’s name] has been approved for the loan. Before you let him leave ask if there’s anything else he’d like to buy and finance while he can still take advantage of the 12 months same as cash deal we’re running. And when I say anything else, I mean anything in the store.“

Needless to say, I never got around to finishing my half-eaten sandwich. My mouth was too busy praying for those folks to come back to even think about taking another bite.

And come back they did…

The nice folks declined my offer to add additional items to their purchase. The gentleman simply signed the contract and I watched as he and three other “dirty” folks who had returned with him loaded the three big screen TVs onto three of the most awesome looking pickup trucks I had ever seen.

The man waved and flashed a friendly smile as he drove away from the lot, and that was the last I ever saw of him. But his memory will be forever seared into the fabric of my brain.

Turned out our store manager knew the guy personally because he had been a regular customer for years.

The reason he and his family were so dirty was because they were farmers and they had been working in the fields all morning before hopping into their truck and driving to the store.

And Guess what? They weren’t “just farmers”…

They happened to own one of the largest watermelon and cattle farms in the entire state of Georgia.

As should be obvious by now, this guy didn’t “borrow” the money to buy those big screens because he didn’t have the resources to pay cash. He surely did.

His real reason for financing them was to use someone else’s money – for free – for an entire year while keeping his own cash in the bank drawing interest.

I have either experienced or witnessed many similar episodes over the course of my lifetime, but that was the one that taught me once and for all never to trust a first impression.

I learned two things on that day:

1 – Never underestimate the ability of the Georgia sun to set a new record for generating oppressive heat.

2 – Never be quick to judge someone by their looks, their speech or their demeanor because that first impression could very well turn out to be wrong.

To finish up, here’s a short video that definitely ends much differently (and much better) than it started. I hope you enjoy it.