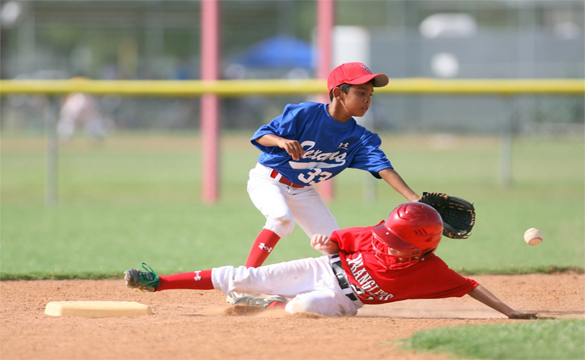 “The biggest thrill a ballplayer can have is when your son takes after you. That happened when my Bobby was in his championship Little League game.

He really showed me something. Struck out three times. Made an error that lost the game. Parents were throwing things at our car and swearing at us as we drove off.

As a youngster I loved the game of baseball, and while I was rarely the star of the game I was a pretty decent player.

Like most Little Leaguers I had grand dreams of someday playing in the Majors, but as luck would have it I just didn’t have the skills required to make that happen.

And also as luck would have it, I learned early on that I never would.

I played organized baseball for several years, and during that time I got to know lots of players who were better at playing the game than I was.

And guess what? Not a one of them ever made it to the Majors, but I don’t know of even one who regretted playing while they had the chance.

I believe baseball and other sports can teach boys and girls from all walks of life many things that will serve them well as adults:

And of all the above, I believe the last one is probably the most important of the bunch.

I’m a firm believer in allowing kids to be kids while they have that once-in-a-lifetime opportunity. Teach them well, but let them enjoy being kids.

Now, back to baseball, and Little League in particular…

The primary goal for Little League parents and coaches shouldn’t be winning at all costs. There will be a time and place for that later on.

In my opinion, Little League should be all about learning the fundamentals of the game and just having fun.

The kid that strikes out every time will be on cloud 9 when that first (and possibly only) base hit comes around. That’s a memory that will forever be cherished – and never forgotten.

My personal takeaway from all the above is this…

Not every Little Leaguer is going to make it all the way to the Majors. In fact, not every kid will make the cut for the high school team. And that’s fine because everyone has their own special talents and baseball might not be the one.

But every kid who signs up, suits up and makes the effort deserves to play in every Little League game, regardless of the score.

The best Little League coaches I have ever known knew this, and practiced it without fail. Many of those wonderful folks have already departed this Earth, but they left as heroes in the eyes of the kids they loved and mentored.

To finish up, this short video of a coach consoling his players after losing the biggest game of their young lives shows what real Little League coaching looks like. Check it out.