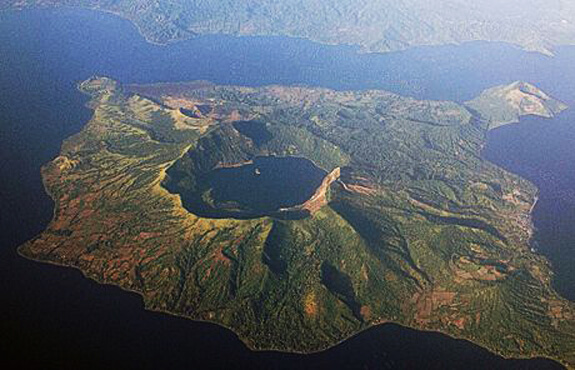 Chances are you’ve never heard of the tiny Philippine island named Vulcan Point, but it’s actually one of the most interesting places on planet Earth.

What makes this tiny island so interesting is it’s a “third-order island”.

To be specific, Vulcan Point Island is located within Main Crater Lake.

Taal Lake is located on the large Philippine Island of Luzon.

Luzon is located in the western Pacific Ocean.

Whew! Now that we’ve cleared that up (I hope), Vulcan Point isn’t the only “third order island” on our planet.

Truth be told, there are several of them!

Vulcan Point just happens to be the world’s largest and most well-known “third order island” (and probably the most visited one too).

On a related note, here’s a short video graphically depicting the geography of Vulcan Point. Check it out!