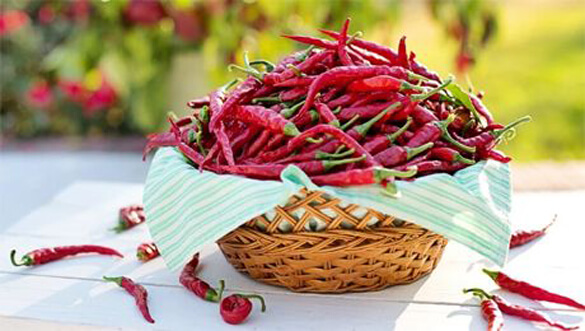 Question from Lawrence:  I was trying to decide what to order at a Thai restaurant the other day and I noticed that most of the dishes on the menu were spicy (as in hot).

That got me to wondering why people from countries with hot climates seem to prefer spicy foods.

You’d think something spicy would be the last thing you’d want to eat if you lived in a place where it’s hot all the time.

So what’s the deal with people in hot countries wanting to eat spicy foods? Am I missing something?

Rick’s answer: That’s a great question, Lawrence. And it’s one that I’ve thought about myself in the past.

I did a bit of research on this topic and I discovered that there are actually two primary reasons why spicy foods are so popular in “hot” countries:

1 – First of all, foods spoil faster at higher ambient temperatures.

Since certain spices act as natural preservatives, people in hot countries spiced up their foods back in the days before refrigeration to make them last longer.

After the invention of refrigerators and freezers those folks continued eating spicy foods because they were used to them (and they liked them).

2 – Believe it or not, spicy foods actually cool the body off instead of making it hotter.

Why is that? Because it makes you sweat!

As you probably know, sweating is the body’s way of shedding excess heat. In other words, it cools you off.

You’ve probably noticed this effect yourself if you’ve ever done something or eaten something that made you sweat.

It felt pretty amazing the next time a slight breeze came your way, am I right?

So there you have it – not one, but two reasons why spicy hot foods are so popular in “hot” countries!

To finish up, here’s a short video featuring eight fantastic hot and spicy recipes. Check it out!