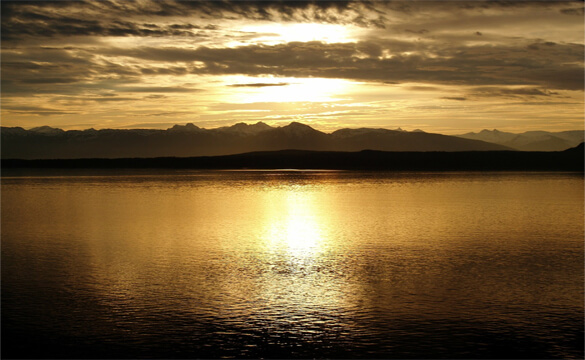 If you’re one of the countless folks who enjoy sleeping, you’d really love spending the winter in Alaska where the nights are very long and the days are very short.

In fact, during the week of the winter solstice the sun barely even makes it above the horizon before it sinks right back out of sight at sunset just a short time later.

Want to see one of Alaska’s famous late sunrises and early sunsets in action? Well, here’s your chance…

This very short time-lapse video was captured on the shortest day of the year (i.e. the winter solstice) in Nome, Alaska. The sun officially rose at 12:04PM and officially set a mere four hours later at 4:03.

As you watch the video you’ll notice how the sun basically hugs the horizon throughout the entire 4 hours of sunlight.

Note: As always, you can watch this video at full screen. Simply click the little “square” icon in the lower-right corner of the video after it begins playing.