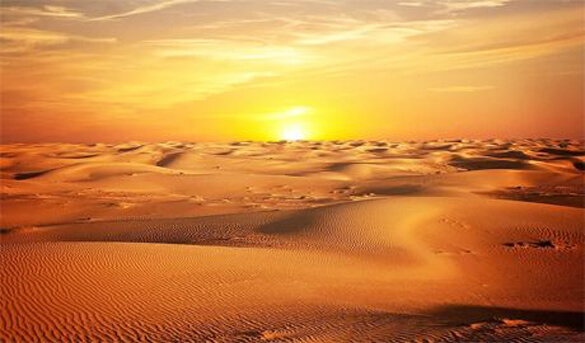 But truth be told, not all deserts are hot, nor are they hospitable to buzzards.

In fact, the largest desert on Earth also happens to be the planet’s coldest place – and there are no buzzards to be found.

By now you’ve probably guessed that the massive desert I’m referring to is on the continent of Antarctica.

You’re also probably wondering why such a cold, ice covered place could possibly be considered a desert?

Well, let’s consider for a moment just what a desert is…

Here is Dictionary.com’s definition of the term desert:

1 – A region so arid because of little rainfall that it supports only sparse and widely spaced vegetation or no vegetation at all.

2 – Any area in which few forms of life can exist because of lack of water, permanent frost, or absence of soil.

3 – An area of the ocean in which it is believed no marine life exists.

And here is a quote from Wikipedia’s article about deserts:

“A desert is a barren area of landscape where little precipitation occurs and, consequently, living conditions are hostile for plant and animal life. The lack of vegetation exposes the unprotected surface of the ground to the processes of denudation. About one-third of the land surface of the world is arid or semi-arid. This includes much of the polar regions where little precipitation occurs and which are sometimes called polar deserts or cold deserts.”

As you can see, the vast majority (everything except the continent’s coasts) of Antarctica clearly meet the definition of a desert.

And guess what? Antarctica isn’t the only cold desert on the planet.

In fact, the Earth’s second largest desert is also a vast expanse of frigid cold temperatures and ice. Of course we’re talking about the Arctic land mass!

I’m sure you’ve probably seen at least one of the old movies depicting some lost traveler staggering through a scorching hot and dry desert, desperately searching for water and shade with vultures circling overhead.

Well, you won’t be seeing a scene like that playing out in either of the world’s two largest deserts, but you just might encounter someone desperately seeking a heater and a hot bowl of chicken soup!

To finish up, here’s a fascinating short video that lists the world’s five largest deserts along with a discussion of their unique characteristics. Check it out!