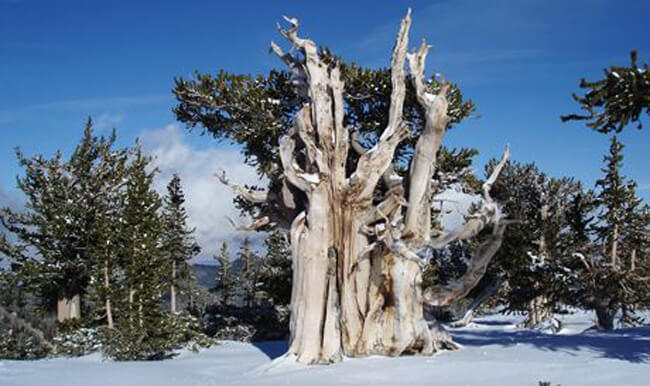 You probably already know that some trees can live an awful long time, but did you know some species can live for thousands of years?

Well, they can, and the oldest living trees on our planet are located in the U.S. state of California.

Up until 2013 the world’s oldest known living tree was a bristlecone pine (pinus longaeva) located in the White Mountains region of California.

Since it was thought up until that time to be the oldest tree in the world, it was given the name Methuselah.

According to the popular science website LiveScience, in 2013 this amazing tree was estimated to be approximately 4,845 years old – hence its very appropriate name of Methuselah.

But later that year an even older bristlecone pine tree was discovered in the same general area, and this one is estimated to be well over 5,000 years old!

The exact location of this world’s oldest living tree is being kept a secret for the time being to (hopefully) protect it from vandals and careless tourists.

By the way, these two ancient trees aren’t the only ones to be in that advanced age bracket.

There are actually several bristlecone pine trees in the White Mountains region that are known to be at least 4,000 years old!

Want to learn more about the amazing bristlecone pines? Watch this short video…