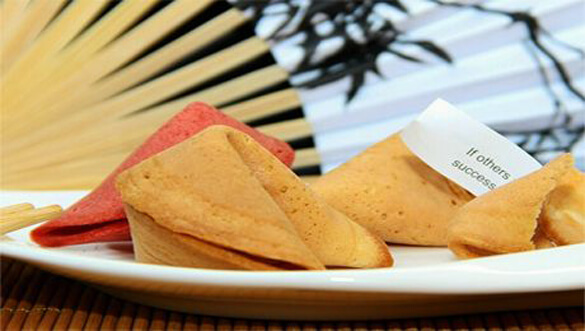 Have you have ever dined at a Chinese restaurant?

If so, you probably received a fortune cookie with a set of lottery numbers printed on the back of the paper with the “fortune” printed on it.

Lots of folks actually purchase lottery tickets with the numbers from their fortune cookies, but only rarely does it ever pay off.

After all, those “fortune cookie lottery numbers” are simply made up out of thin air.

In other words, playing the numbers from a fortune cookie is essentially no better or worse than having the lottery machine pick your numbers at random on your behalf.

Most people don’t know this, but when you receive a fortune cookie containing a certain “fortune” and a corresponding set of lottery numbers, that fortune and set of numbers are NOT unique.

Truth be told, lots of folks around the country will end up receiving that very same “fortune” and set of lottery numbers.

Now, back to the story…

The lucky numbers from that widely-received fortune cookie were 22, 28, 32, 33, and 39. They turned out to be five of the six numbers drawn in that day’s Powerball lottery drawing!

The other winners received $500,000 because they had paid an extra buck to activate the “Power Play” option.

Since it’s unusual for more than four or five people to win the second place prize in any given Powerball drawing, the fact that this particular drawing had 110 second place winners led the lottery officials to suspect that some type of fraud must have taken place.

However, it didn’t take long for the truth to come out. There was no fraud involved – it was simply a shared love for Chinese cuisine that resulted in so many folks winning so much cash!

To finish up, here’s a fascinating short video that discusses the overwhelming odds against you or me ever winning a lottery jackpot. Check it out!


By the way, the 110 lucky winners mentioned above aren’t the only folks to defy astronomical odds and win big at the lottery. These folks were even luckier!