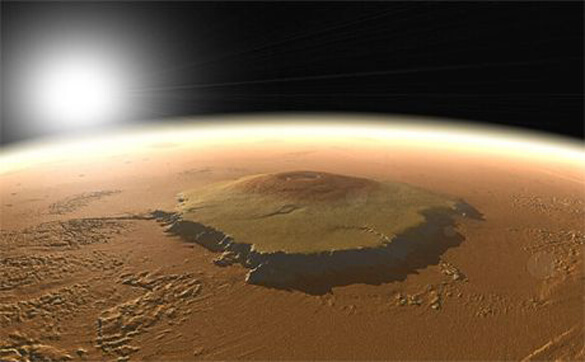 We Earthlings are quite familiar with volcanoes since their frequent eruptions sometimes make the national news.

Most of us also know that an entire U.S. state (Hawaii) was created by a series of volcanic eruptions.

But guess what? Earth isn’t the only planet in the solar system that has volcanoes on it.