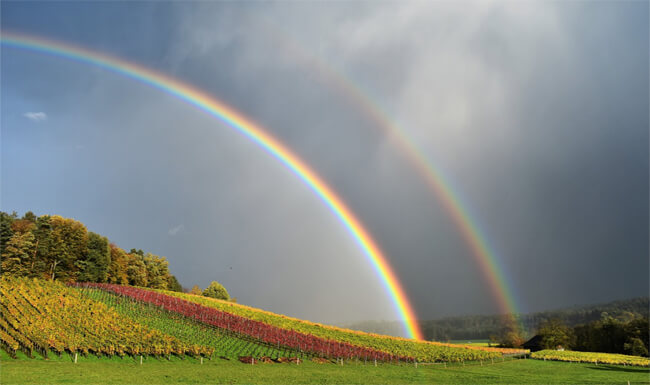 Rainbows are among nature’s most beautiful phenomena, and double rainbows are a rare and wonderful treat!

Although they are much rarer than single rainbows, chances are you’ve still seen one or more of them in the past.

If so, did you notice that the colors in the two rainbows are displayed in reverse order?

END_OF_DOCUMENT_TOKEN_TO_BE_REPLACED 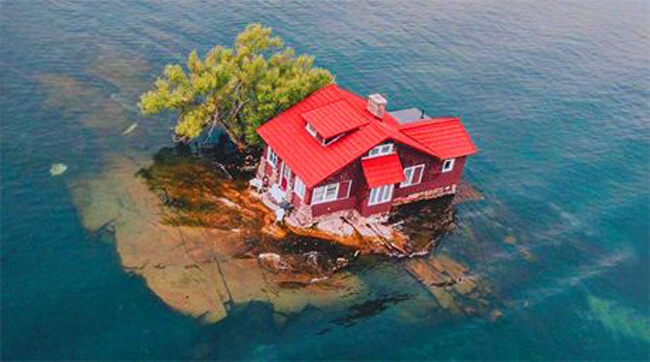 The world’s smallest inhabited island is located in New York State, but it’s just a very short distance from the Canadian border.

This tiny island is basically just a rock sticking up out the St. Lawrence River between New York and Ontario.

According to Wikipedia (and multiple other sources), this tiny 3,300 square foot island has just enough room for a small cottage, one tree and a pair of deck chairs!

END_OF_DOCUMENT_TOKEN_TO_BE_REPLACED 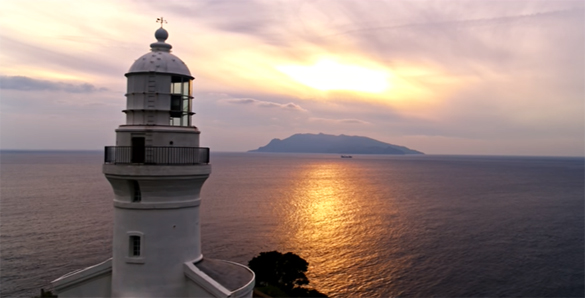 Although the entire country of Japan is smaller than the U.S. state of California, it’s capitol city Tokyo is the most populous city on planet earth.

And several other Japanese cities are rather large as well.

But even with all of those people packed in so close to one another, Japan still has room for plenty of amazing natural scenery.

Today’s video showcases the beauty of Japan from the air via an hour’s worth of breathtaking 8K drone footage.  END_OF_DOCUMENT_TOKEN_TO_BE_REPLACED 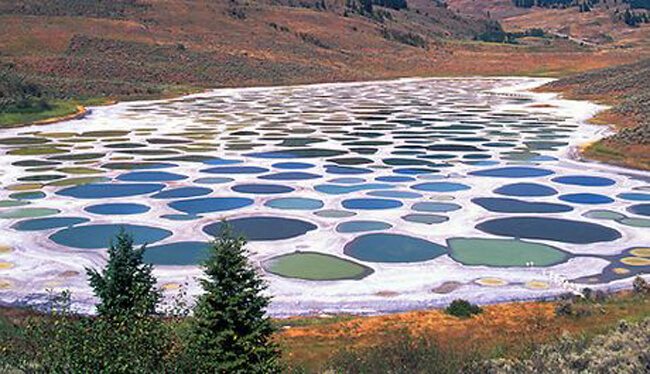 If we Americans travel north we just might eventually encounter Spotted Lake.

And yes, “Spotted Lake” really is its actual name.

As you can see in the photo, this incredibly intriguing lake is aptly named because it’s surface really is spotted.

END_OF_DOCUMENT_TOKEN_TO_BE_REPLACED 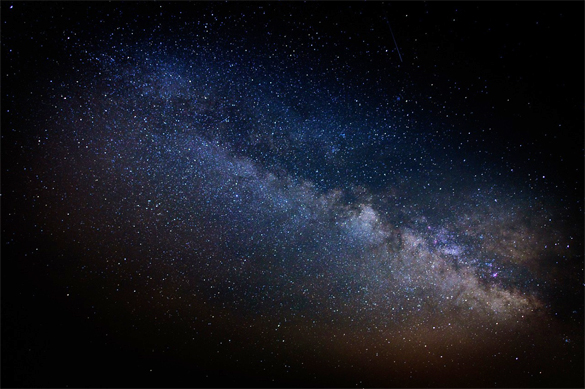 Have you ever had the pleasure of looking up at the night sky on a pitch-dark night, in a location that was far, far away from the nearest town or city lights?

If so, you were probably amazed at all the stars, nebulae and other magical objects that filled the unfiltered night sky.

And of course you were likely blessed to witness the breathtaking spectacle of our Milky Way galaxy as it dominated the vista overhead.  END_OF_DOCUMENT_TOKEN_TO_BE_REPLACED